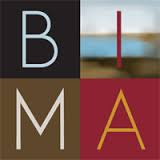 Alison Bremner’s work is included in the exhibition, “Native Hands: Indigenous Art of the Salish Sea”, which runs from October 15, 2016- February 06, 2017 at the Bainbridge Island Museum of Art.